L'Hotel Cinquantatré is located in the center of Rome within easy walking distance of the Trevi Fountain and the Spanish Steps.  It's also half a block from a Metro stop.  With so much going for it, you'd think it would be easy to write a positive review.  Sadly, even the best of locations is sometimes not enough. 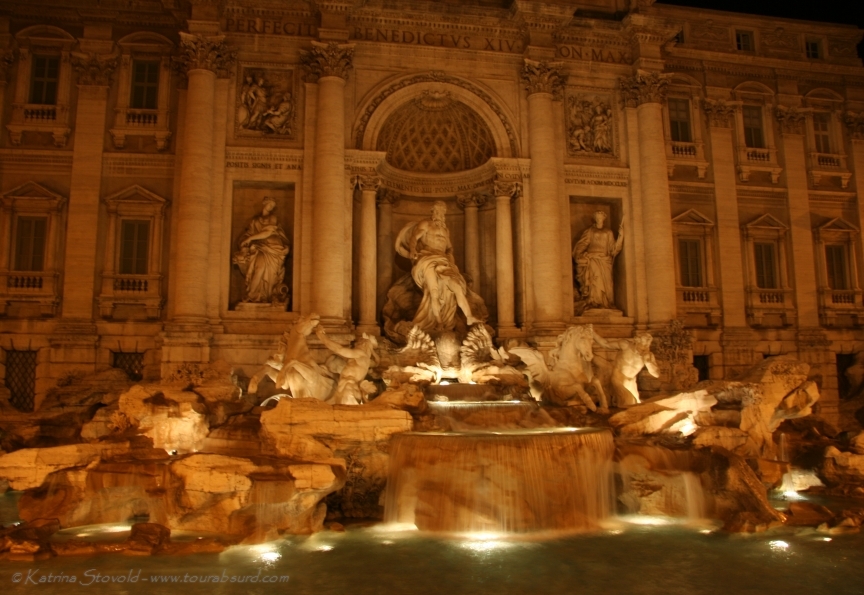 First let me say that the staff were quite pleasant: gentle, calm, friendly, and welcoming.  They have a complimentary map of the city available, and there is wifi throughout the hotel.  The problems began when we entered the room. Upon opening the door we were hit with an olfactory assault: old cigarette smoke and sewage.  We promptly opened the window, but as it was wintertime, we could not leave it open for long.  The smell was slightly less offensive after opening and closing the window several times, while also keeping the door to the bathroom closed, but never fully satisfactory.

The bed coverings, curtains, and furnishings looked clean, but worn.  At first glance, the bathroom appeared to be newly remodeled.  Upon closer inspection, however, it was obvious that the fixtures had been present for some time.  It was also apparent that they had not been well-cleaned.

The smell continued to be overpowering, so we left for a few hours.  It was actually ok, as it led us to seeing the Trevi Fountain at midnight, something that would not have happened otherwise.  (Full adventure can be read on TourAbsurd.)

When we returned, the stench was slightly less than it had been before, probably owing to the previous window openings.  We opened it again a few times, got online for a bit (free, but slow internet), then went to sleep.

In the morning I hoped for an improvement as the hotel showed a lovely breakfast terrace on their website.  Alas, we were in for another disappointment!  The pastries were fine, but the coffee was nauseating.  I'm not quite sure how you even achieve such a foul brew!  I suspect that it has to do with not cleaning the espresso machine and with not properly rinsing soap out of the coffee cups.  Additionally, it may be influenced by dirty dishrags, but this is all speculation. We tried tea – still soapy; we tried "juice" – turned out to be an artificial blend.  Not sure the water was even safe at that point.  All in all, a pretty disappointing way to wake up.

On our way out we discovered that there had been a mix-up the night before.  We were supposed to have been given a larger room as well as a "romance package" of sorts – a bottle of Prosecco and some chocolates.  This is because they knew we were coming to do a review.  I don't know if the larger room would have smelled any better, but it's probably a good thing we got the unvarnished truth.

Still, as mentioned in the long-form, adventure version, we did have a splendid time in the city.  This was, however, in spite of the accommodations.

My mother mentioned to me that she has a friend who lost her sense of smell and doesn't drink coffee.  She may be the only person on the planet to whom I could, in good conscience, recommend L'Hotel Cinquantatré.

Alas, a thumbs down.