When visiting a new city, a stroll around a cemetery may not be everyone’s cup of tea. But, believe you me, Recoleta Cemetery is a big attraction in Buenos Aires. As well as being the stomping grounds of tattooed Goths (I’ve seen a few), waves of visitors crowd the narrow streets especially during cruise season. 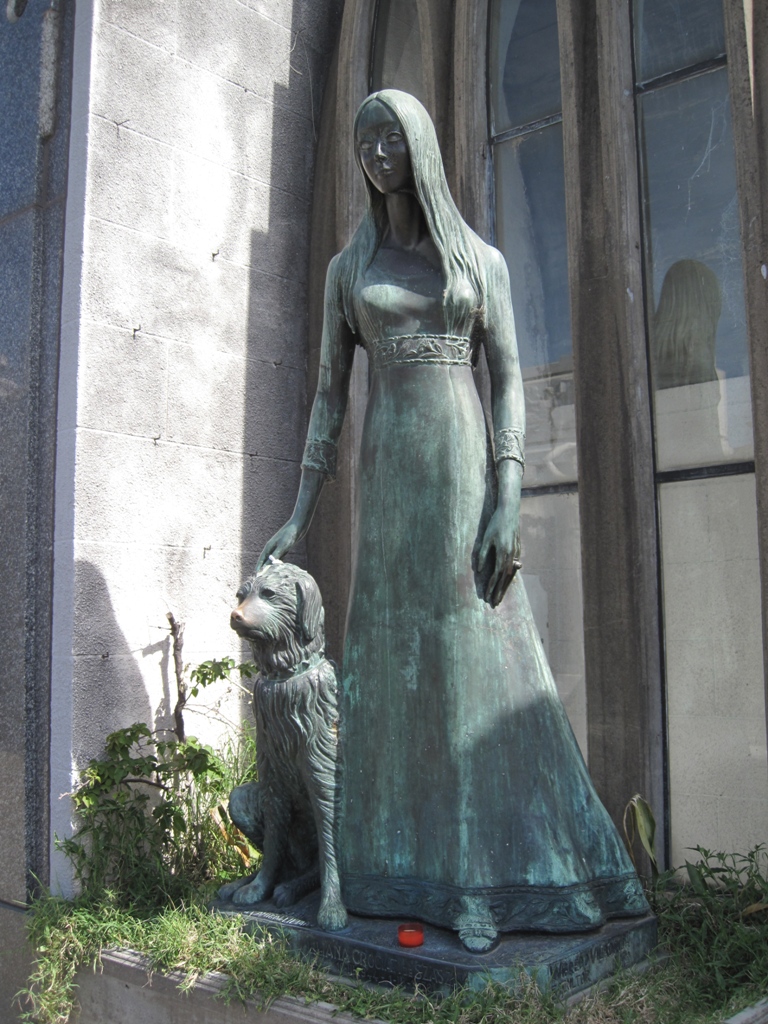 The Cemetery of Recoleta is located in the homonymous upscale neighbourhood. It was opened in 1822 and since then it’s been the final resting place of many notable citizens. The cemetery is laid out like a city with streets and green spaces but has mausoleums instead of houses. These were built in different architectural styles according to the fashion of the day and the taste of their…ermmm… inhabitants? 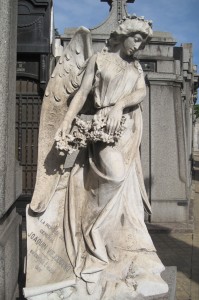 Some mausoleums stand out for their beauty and artwork, like that of Rufina Cambaceres, designed in the Art Deco style. Some are grand an imposing, especially those of military heroes. Some are humble and unassuming (and sometimes in bad state of repair)

Recoleta is also famous for the angels that adorn the monuments. Those heavenly beings can be playful, grief-stricken, warrior-like, stoic, hopeful, triumphant.

Recoleta is living proof that death is the great equalizer. One of the most internationally renowned Argentinean women, Eva Perón (cue cliché Don’t Cry for Me, Argentina) is buried in one of those unassuming mausoleums. The general that led the coup d’etat that deposed her husband, Juan Domingo Perón, is buried a couple of streets away. And those upper-class women who looked down on her and whom Evita hated so much surround her forever.

There are fascinating stories behind 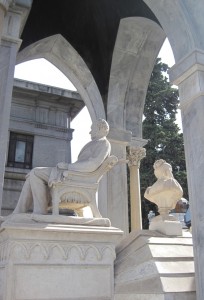 some monuments. Take Liliana Crociati de Szaszak, for example. She died in an avalanche in Austria on her honeymoon. Her grief-stricken father commissioned a statue of her and her beloved dog to keep her company for all eternity.

One of my favourite stories is that of Salvador Maria del Carril and his wife. Apparently they didn’t get along and had a stormy relationship. Although they are buried together, their effigies face away from one another. The ultimate revenge.

It opens every day from 7 am to 6 pm. There are free guided tours in different languages.